Crosshatching: when a mistake becomes music 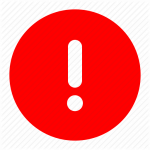 CAUTION! This article contains some very loud, mathematically synthesized tones that may damage speaker equipment if played at excessive levels. Check your playback levels before playing the sounds in this article.

One of my great teachers at Harvard was an early electronic musician by the name of Ivan Tcherepnin. After I played one of my musique concrète pieces at the Harvard Electronic Music Studio, I apologized. I said: “I’m sorry, there was a lot of tape hiss and warble in the recording; I didn’t intend for that to be there.” And he said something that stayed with me for many decades. He said: “Music exists between the space that you originally intended and what you executed.”

One of the things I do as an audio programmer is the creation of novel and interesting audio effects. And so I spend a lot of my time experimenting and writing a bunch of prototype audio effects, to hear how things will sound when they are implemented in a real game. And sometimes I do my job well, and the effect sounds brilliant.

And sometimes… well… I screw up.

A few months ago, I was writing a combined time-stretcher and pitch-shifter but there was a precision error in the algorithm I wrote.  The phase shifting didn’t occur correctly over several FFT bins.  The FFT phase detection algorithm was locking onto incorrect frequencies.

The practical effect, which you programmers can implement for yourselves, is that a series of warbling tone sweeps varied in a consistent pattern, up and down the frequency scale. When viewed in the frequency domain as a spectral display, the frequencies appear as a consistent crosshatching pattern, or as concentric circles.

And how does this mathematical pattern sound? This sound, which appears so pretty and so mathematical on a spectrogram, is one of the most unsettling sounds I’ve ever heard.

If you have a use for these sounds, such as making alarm sounds or freaking out your associate producer, please feel free to download them and repurpose them for your own experiments or game production. Credit to me would be nice, but not absolutely required.

END_OF_DOCUMENT_TOKEN_TO_BE_REPLACED

Sound engineer’s guide to defeating Batman Whither ultrasonic: what experts can really hear