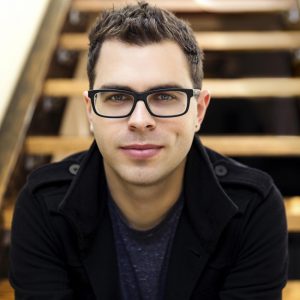 Richard Ludlow is on a roll.

From triple-A video games to films to commercials to television, Richard has a laundry list of credits in every media field.

His team at Hexany is pushing the old-school boundaries of sound, with a great deal of new-school work on virtual reality simulations.

We spoke with Richard about how Hexany created the immersive sounds of the hot new VR game, Blade Runner Revelations.

Thanks for agreeing to this interview. Would you tell us when you figured out that you wanted to make sounds and music for a living?

Absolutely- thanks for the interest! I started playing the violin at age 5, so music has been a part of my life for as long as I can remember. Funnily enough, in high school I was convinced I wanted to go to law school though. That is until late one night when I was up reading the penal code for the Mock Trial team I was on and I realized that reading the penal code wasn’t what I wanted to do for the rest of my life.

After that, it quickly fell into place. I wanted a career doing the thing I’d always done best – music. From there, I figured out I wanted to go to Berklee College of Music, which is where I discovered both sound design and video game audio. The concept of video game audio was actually introduced to me in a guest lecture from Chance Thomas that I snuck into during a summer program at Berklee while I was still in high school. It was then that I really knew this was something I wanted to do.

What do you personally focus on at Hexany Audio?

My day at Hexany is a very mixed bag. Very often I can be found in meetings with our clients- discussing and brainstorming the sonic vision they have for their game and how we can help bring it to life. I also spend time handling the business aspects of our client relations, negotiating contracts and production schedules.

When I’m not working with our clients, I’m usually sitting with our sound designers or composers offering feedback on their work and helping to ensure it’s working well with the project’s overall creative direction. We also do a lot of technical work at the company with implementation and integration, so a surprising amount of time goes into figuring out just how we want to approach and tackle technical hurdles or system design in our audio implantation work.

The amazingly creative sound designers and composers on our team are the ones who do the awesome work at our company- I just make sure it fits with the overall vision for the project and do what I can to help make their work a success. And in addition to those things, I also handle the casting and voice direction for the voice over and dialogue work on our projects.

Your team has worked on projects from Disney, Ubisoft, Google, Activision, and many other big names. What’s the secret to building a great audio team?

The secret to building a great audio team is just that- the team. We are nothing without the amazingly talented individuals that work at Hexany. Each person has a specific specialized set of skills unique from the rest. Yes, they often overlap as what we do is very niche, but everyone has something special that they excel at.

We work on projects of all sizes- and usually those projects come to us from returning clients and referrals. In addition to making (what I hope) are great sounding games, we also try and make the workflow and experience as smooth and efficient for our clients as possible. The ease of communication and workflow for any remote team is critical, and is something I think our clients have to come to appreciate immensely. 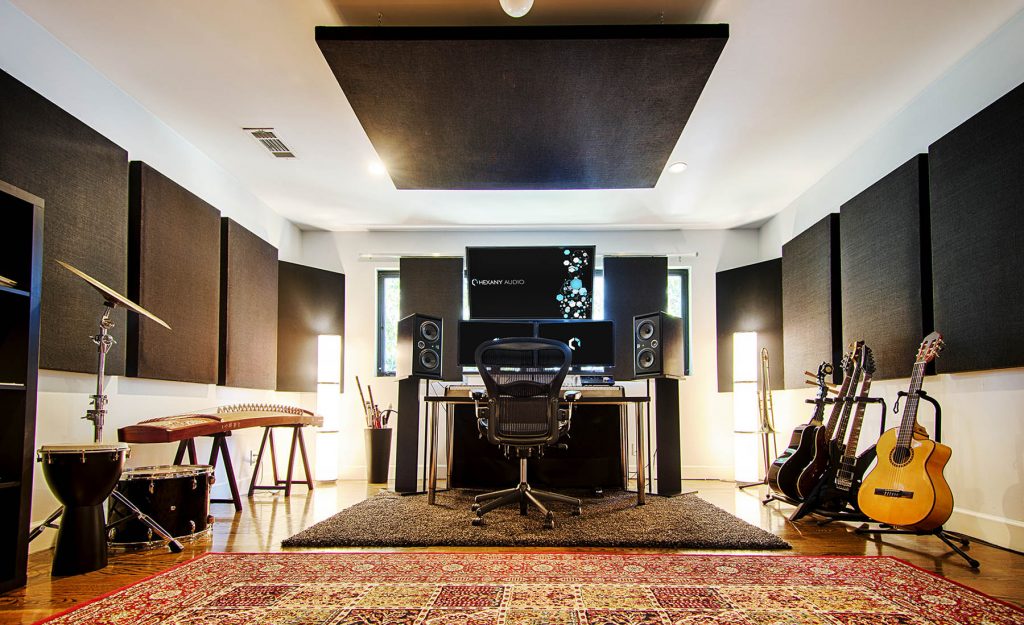 You’ve lectured to thousands at audio conferences across the country. What’s one piece of advice you would give to someone who wants to be successful in this industry?

Compared to many of the individuals who have been working in game audio since the birth of this industry, I still have much to learn about what makes someone successful. But from what I’ve seen, aside from being great at your craft, relationships are what can make or break a career.

But for us, projects come to us through the relationships of people we have worked with and met over the years, so for us that has been absolutely critical. TLDR: Be nice to people, don’t be an asshole, and make friends. It takes time, but it will happen if you stick around long enough and are great at what you do.

Your team recently designed the sound for the new Blade Runner: Revelations VR experience; what was it like to work on the project?

Blade Runner: Revelations was an awesomely fun project to work on with Seismic Games. They brought us on to design the sound and handle Wwise implementation and in-engine integration of all of the game’s audio.

The experience was designed in VR for both for Google Daydream and also as a launch title for Lenovo’s new Mirage Solo headset. Any VR project brings with it extra levels of required nuance, and VR for mobile is even trickier due to the performance limitations of mobile devices.

We got to use some great tech for the project though, so we had a lot of fun experimenting with some new things for the sound design.

What was the sound production process like for this game? How did you use Varantic? 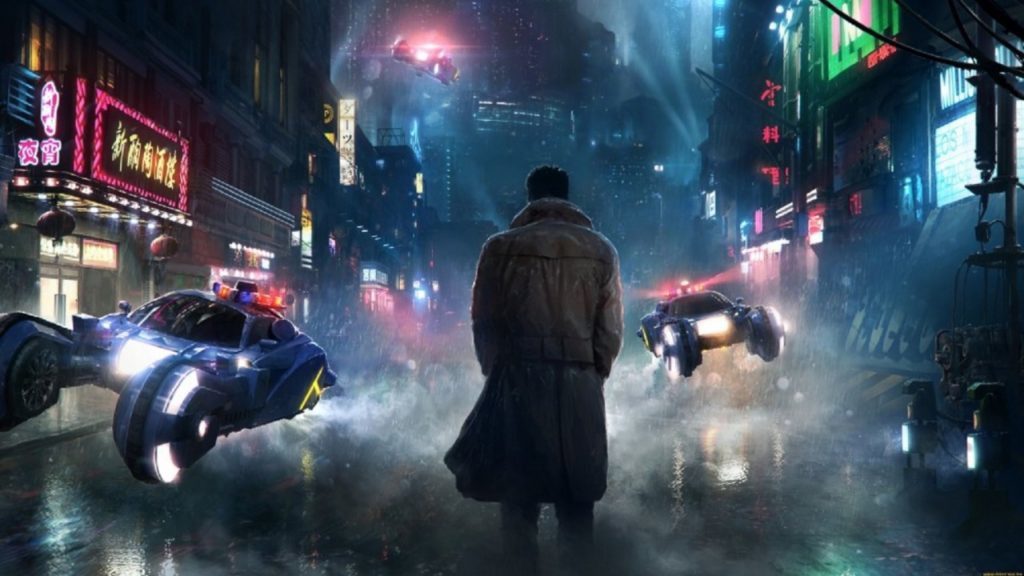 The game was created using Unity, Wwise, and Google Resonance. We also used Varantic in the production of a number of the sound assets. Jason Walsh was our lead sound designer on the project, and he did an amazing job crafting new sounds for the experience that stayed true to the Blade runner universe.

Because of the frequency with which elements like Foley are triggered in the game, we needed to make sure that sounds weren’t just repetitively played over and over. Pitch and volume randomization on just a few footstep assets wasn’t going to cut it. This meant granularizing Foley on a much deeper level. Our player movement sounds are broken into several different layers, each featuring layers that offer a good amount of variation.

We’ve also used Varantic extensively on other projects as it allows us to take things like bullet impacts and desctructibles which need massive amounts of assets and quickly create variations that follow the intent of our original design that would otherwise take hours. Varantic is truly what makes this deep level of asset variation possible. Going beyond the usual pitch and volume randomization of samples, Varantic allowed us to generate dozens of unique variations for each component of each layer- in ways that sounded completely fresh and natural. And it allows us to do it fast- very very fast. 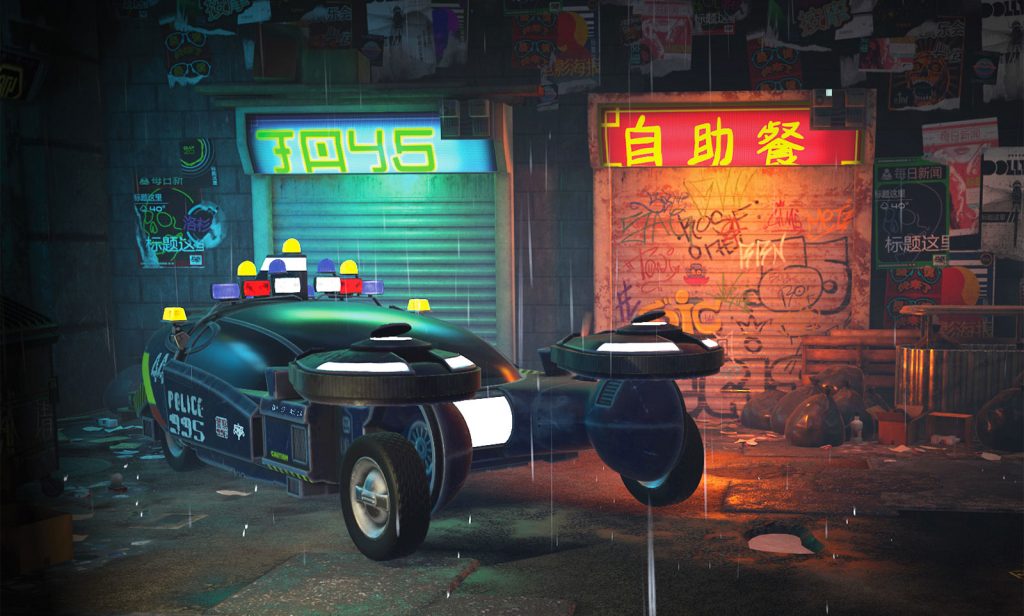 Games that have heavy physics based based elements or environmental destructibles can benefit heavily from a tool like Varantic; not to say it doesn’t have other uses — but there’s nothing like shooting at a barrel you’re blowing up and hearing the same 5 samples trigger 30-40 times when you’re impacting it with an assault rifle.

That’s where Varantic really shines; the first time we heard how natural it sounded when creating additional variations of sounds we had produced, we were all very impressed. But when we realized the amount of time it saved, that’s where it really excelled for us. It’s ability to map out the sonic “intent” of a sound and create variations that are based off of the creative fingerprint of the originals is something that is very exciting.

I’ve always just wanted to work on making great games sound equally as great, and I’m so fortunate to be able to do that and work with a team of such talented individuals at Hexany. Working with great people makes the experience infinitely more fun, creative, and worthwhile. So I’ll go with that- getting to work with and learn from my immensely talented colleagues.

The Force is with Tracy W. Bush, audio designer for Star Wars toys This is why artificial intelligence won’t take your music composition job – Part 1

We had a chance to talk with Tracy W. Bush, audio director at Sphero, and get details on how he created the emotional language for Sphero’s newest and hottest line of Star Wars toys.  Tracy Bush is a seasoned industry veteran, who’s held key audio positions at 5th Cell, Sony Online, NCsoft, and Blizzard. When […]

Thanks for agreeing to this interview.  Would you tell us when you figured out that you wanted to make sounds and music for a living? It didn’t happen overnight.  I’ve been making noise and playing games my whole life and never planned to do it for a living.  It’s something I genuinely love and inadvertently fell into professionally. Around 2007 I started gigging as a solo electronic artist in clubs and warehouses in Charleston, […]