Thou shalt not break this one law of audio design 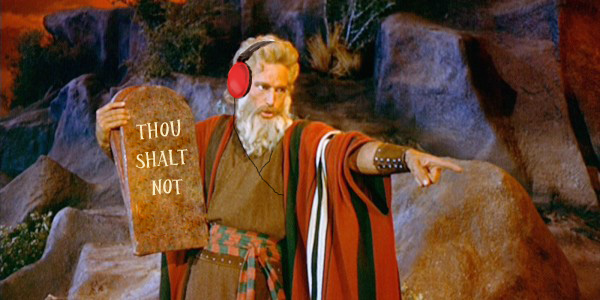 Admit it.  You’ve driven five miles per hour over the speed limit.  You’ve cut off those little tags at the bottoms of mattresses that say “Do Not Remove Under Penalty of Death.”  And you’ve sung Happy Birthday To You at a party, without paying the requisite ASCAP licensing fees.

But there is One True Law of Interactive Audio Design that you must never, ever, ever break.

Now to demonstrate that this law is legit, I’d like you to do me a favor.  You’re a professional, you’re in the industry, you know audio design, right?

I’d like for you to hum the theme for Farmville.

Yes, Farmville, that little game that had over 80 million players at its peak?  That massive financial juggernaut of gaming that raked in over ONE BILLION DOLLARS for Zynga?  (Read that in your Dr. Evil voice, if you please.)

Hum the Farmville theme, play it in your head, prove to me and yourself that you know it.

Meanwhile, while we’re waiting for you to come up with the theme, I will let you in on One True Law of Interactive Audio Design. You see, there are many, many guidelines about what constitutes good interactive audio. And reasonable people differ about the best way to make things sound cool. And because we’re fundamentally a field of commercial artists, each new generation of audio designers enjoys breaking the technical and artistic rules of the previous generation.  Take that, previous generation!

Now you might think that the One True Law is the new audio loudness standard called EBU R128. This new international standard defines the short and long term perceived audio levels that go into broadcast television. The basic idea is that the perceived volume level from all games, TV shows, movies and commercials should be roughly the same.

Most of the big game console manufacturers have gotten on board the EBU R128 standard. And countries such as France have even written EBU R128 into actual law, which means that if you broadcast content that is too loud, then the government can levy large fines against you.

But some audio engineers think that EBU R128 doesn’t apply to video games, because they’re not publicly broadcast. And since EBU R128 certification is a time-consuming and expensive process, for better or worse… most games simply ignore it altogether.

Yep, even the actual written EBU R128 law is not The One True Law of Interactive Audio Design.

When you are old and gray and have retired from your incredibly successful career as an audio designer, you will not have broken this One True Law of Interactive Audio Design.

And here is the law: 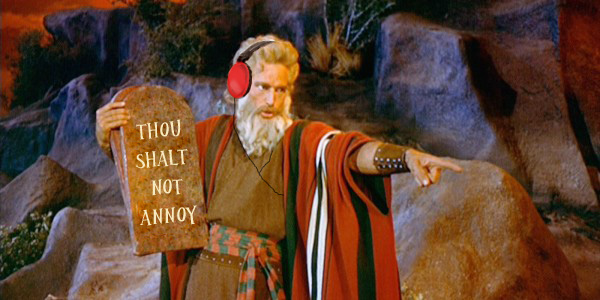 You can get away with doing practically anything else. You can write barbershop quartet covers of Beach Boys songs. They’ll love it.

But no game that gets great audio reviews, ever annoys. Try to name one. PROTIP: You can’t.

If you’re designing interactive audio, you can excite, stimulate, soothe, intrigue, reward, frighten or even disgust if you want to.

But.  When your sound effects and music annoy…

… in other words, when pure silence is superior to the music and sounds you’ve written…

… then, you’ve broken the One Unbreakable Law of Game Audio.

This is the “you’re about to die” theme from Wizards and Warriors on the NES.  If you still think annoying your customers is a good idea, try listening to this loop for a few hours at full volume first. If you can think of a more annoying theme than this one, please let us know in the comments section.

This website uses cookies to improve your experience while you navigate through the website. Out of these, the cookies that are categorized as necessary are stored on your browser as they are essential for the working of basic functionalities of the website. We also use third-party cookies that help us analyze and understand how you use this website. These cookies will be stored in your browser only with your consent. You also have the option to opt-out of these cookies. But opting out of some of these cookies may affect your browsing experience.
Necessary Always Enabled

Any cookies that may not be particularly necessary for the website to function and is used specifically to collect user personal data via analytics, ads, other embedded contents are termed as non-necessary cookies. It is mandatory to procure user consent prior to running these cookies on your website.